JESS Conrad is a multi-talented entertainer who began his career doing extra work on film and TV. Then he got cast as a pop singer in the TV play ‘Bye, Bye Barney’. From here he gained more jobs in both singing and acting, featuring on shows such as ‘Oh! Boy’, ‘Last Of The Summer Wine’, ‘The Generation Game’ and many more. His film and TV roles are extensive, as well as his glittering music career.

He will be bringing his foot-tapping hits of the 60s to the Playhouse, as well as his own inimitable style of comedy to have the whole crowd laughing. He will also be joined by television impressionist Glenn M Ford, the official Norman Wisdom lookalike, to add to the comedy of the afternoon.

This is a great midweek matinee that promises to deliver lots of laughs.
www.jessconrad.com 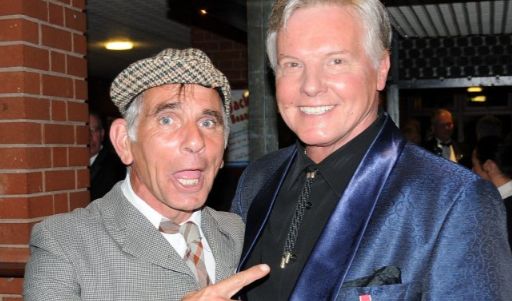