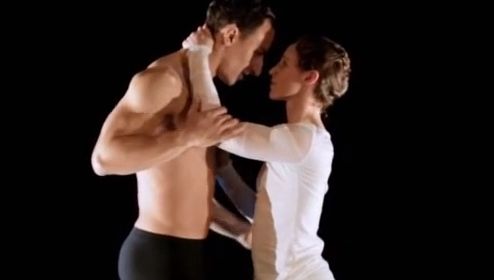 -commissioned by the National Theatre, this devised work by Roundhouse and Jackson’s Lane associate artists Square Peg Contemporary Circus combines circus, theatre and dance in an adaptation of Coleridge’s Epic poem The Rime of the Ancient Mariner. Using the poem to elicit the emotional journey of the groom-to-be in the run up to his wedding, the performance is a combination of group acrobatics, human towers, Chinese pole, ropes and flips, drawn together by one of the UK’s freshest new circus companies.

First premiered to a sold out audience at Roundhouse in April 2012, Rime has been performed at Edinburgh Fringe Festival 2012 (Herald Angel Award winner), at the National Theatre’s Watch This Space festival, and Camp Bestival. This is the first large scale tour of the show.

The company first found its feet in 2009 as The Roundhouse Circus Company, a Roundhouse studios project working with young people under the age of 26. Since then they have thrived, changing their name to Square Peg and producing four shows with fifty public performances that have been seen by over 40,000 people. Their adaptation of Ovid’s Echo and Narcissus was performed to sold-out audiences in 2010 as part of the Roundhouse Circus Festival. Members of the company have performed in host of high profile contexts spanning both live performance and film, with credits including the Olympic Opening Ceremony, English National Ballet, Theatre Royal Haymarket, the Cairo Opera Ballet Company, Martin Scorsese’s Hugo and box-office hit Harry Potter and the Deathly Hallows.

Artistic director Tim Lenkiewicz began his career in the circus over 15 years ago, and has since travelled across the globe as a performer, teacher, director and project leader. Having trained at both London’s Circus Space and the Kiev State College for Circus and Variety Arts, his work combines circus with dance, theatre and technology with the aim of creating beautiful, innovative story telling.