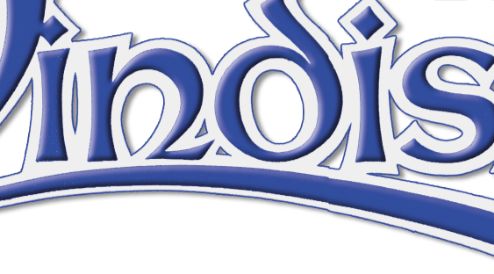 The Lindisfarne Story is a celebration of the group’s music and achievements devised by Ray Laidlaw, the groups drummer for 33 years and Billy Mitchell, front man for the final 8 years. Together they perform acoustic versions of Lindisfarne’s classic songs and tell the inside story of the group’s rise to fame, from Whitley Bay to Frisco Bay, from Rothbury to Glastonbury. Hear about the early days on Tyneside in the 1960’s hustling for gigs, gradually winning over the public and then the meteoric rise to fame in the early seventies.

The show is illustrated with personal archive photographs and video of their worldwide concerts, festival and TV appearances. Ray and Billy describe Lindisfarne’s triumphant return home as a chart topping band and the unique relationship with the audience in Newcastle City Hall, venue for over 140 Lindisfarne performances. ‘Lady Eleanor, Meet Me On The Corner, Fog on the Tyne, Run for Home’, all of these songs have a fascinating story behind them. Enjoy them again and hear how the classic Lindisfarne songs developed and how Bob Dylan’s producer helped Lindisfarne focus their musical ideas and burst through the glam rock sounds around them to become one of the major British groups of the seventies and beyond.

In 2014 the appeal of Lindisfarne is as strong as ever, their music is regularly played on TV and radio and younger groups cite the group as a major influence. EMI recently released a 40th anniversary version of their certified platinum ‘Fog On The Tyne’ album and Newcastle/Gateshead Councils have unveiled plaques on Tyneside honouring both the group and the life and work of the late Alan Hull, Lindisfarne’s much-missed songwriter and singer.

The Lindisfarne Story has captured the imagination of fans and media.

‘Just a line to thank you all for a fantastic night’s entertainment in Whitley Bay Saturday past. We were a group of 8 and each and every one of us had a fabulous night. After many years front of house in large venues worldwide I doubt I have enjoyed myself more.’
John Tweddle

THE LINDISFARNE STORY
WITH BILLY MITCHELL AND RAY LAIDLAW