Live at the Playhouse is bringing back two phenomenal line-ups of cutting edge comedy on the 13th September and 22nd November. The brilliant line-up in September includes satirical comic Andrew Lawrence, the whimsical Tom Deacon, energetic Joe Rowntree and cheeky chappy Andrew Doyle. The compere of the evening will be the brilliant, Fin Taylor.

With a hugely talented roster of comedians to tickle all taste buds, laughter is guaranteed. Each night will include a variety of deadpan, observational and alternative comedy, making both nights a perfect night out for all comedy fans.

Andrew Lawrence was nominated Chortle’s Best Headliner in 2010 and has continued with his success touring up and down the country. Audiences shouldn’t expect unicorns and rainbows when seeing Andrew but quite the opposite as he delivers bleak and satirical comedy.
“Lawrence packs more laughs into one of his 90 second rants than most comics manage in half an hour” The Scotsman

Tom Deacon has appeared across all platforms including the stage, TV and Radio, where he hosted his own shows on BBC2 and BBC Radio 1. His whimsical style and personal anecdotes will have audiences crying with laughter.
“A mighty fine comic” The Guardian

Joe Rowntree talks life stories, anecdotes and themelessly funny jokes, he shares experiences that everyone can all relate to and his clever observational comedy will have the audience erupting with laughter. As well as appearing on the stage, Joe was a presenter on Brainiac: Science Abuse (Sky One) and appeared on Dave’s One Night Stand.

Andrew Doyle is a teacher turned comedian and was a finalist in the Leicester Square New Comedian of the Year in 2010. Using his school anecdotes and his obvious charm, he gives people aches and pains from laughing too much. Andrew also writes and appears on shows for BBC Radio 4.

“One of the funniest, sharpest, cruellest comedians out there. Prepare for all your internal organs to burst with laughter” The Independent 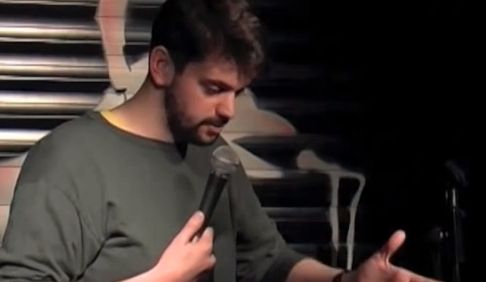