Police appeal over attempt murder of father and son in Tunnmeade, Harlow 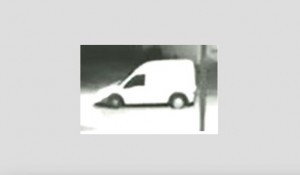 DETECTIVES, investigating an attempted murder in which a father and son were attacked in their own home by intruders using a claw hammer and meat cleaver, are re-appealing for witnesses.

The victims – one aged in his 50s and one in his 20s – were asleep at their home in Tunnmeade, Harlow when they were woken by a knock at the door at just after 9pm.

When one of the victims went to answer three intruders – two men and one woman – forced their way in and demanded cash.

There was a struggle, during which the victim in his 50s was struck with the meat cleaver, suffering numerous deep wounds to his head, arms and legs.

The wounded man was then forced to go upstairs by the suspects and was made to hand over £1,600 in £20 notes.

Whilst upstairs the suspects attacked the second victim, using the weapons, cutting him to the bone on his back and breaking his collar bone.

All three suspects fled the scene and are possibly thought to have travelled in a White Ford Transit Connect van, leaving on Momples Road and Howard Way and heading south towards Second Avenue.

Detectives leading the hunt for the attackers are appealing for any witnesses in the area before or after the incident to come forward. Officers do not believe the attack was random and the men may have been targeted for the cash kept at their home.

Investigating officer Det Con Ryan Burgess of Harlow CID said: “This was a horrific attack. Both victims suffered horrendous injuries and are lucky to be alive.

“We are keen to hear from anyone who may have been in the area around the time of the attack.

“The victims suffered considerable blood loss meaning that the two male suspects, who carried out the violence, and the van are likely to be covered in blood.

“One of the male suspects was struck on the head during the struggle so may have suffered swelling or blood loss himself.

“Thankfully violent crimes such as this are extremely rare. However we are keen to catch those responsible as soon as possible.”

“If you know anything, please come forward to us so we can arrest these people and remove them from our streets.”

Both the father and son are now recovering at home from their injuries but with continued hospital treatment.

All three attackers are described as white and spoke with local accents.

On CCTV footage she appeared to be smoking a cigarette when she entered the same van via the passenger side.

One of the men was aged in his thirties, was balding or had short shaved hair, was of medium build and about 5ft 8ins tall and wore a dark top.

His accomplice, the second man, was also about 5ft 8ins tall, of medium build and wore a white coloured top.

In CCTV footage the van does not appear to have any sign writing or roof bars. It is a “first generation” Ford Transit Connect and is similar in design to the one pictured.

In the aftermath of the attack, which happened just after 9pm on Wednesday March 25, CCTV footage shows the van remaining in the area. It leaves at around 9.20pm as emergency vehicles arrive.

Witnesses to the attack can contact Detectives at Harlow CID on 101 or Crimestoppers anonymously on 0800 555 111.