Is this a dagger they see at Freshwaters?

SHOCKED pupils arrived in school to find a murder scene in their classroom.

Instead of panicking, Year 5 pupils at Freshwaters Primary Academy, in Harlow, donned their overalls and launched an investigation.

The year group has been studying Macbeth and on finding the murder scene, began writing diary entries and newspaper articles about events leading up to the death of King Duncan.

Working with criminal forensics expert Paige Wakelin, pupils also lifted and compared fingerprints and scoured the scene – taped off with a body outline drawn on the floor – for evidence.

Ian Jose, SENCo, said: “Pupils were challenged to come up with a suspect profile based on what they found and interviewed ‘Macbeth’ and eye witnesses.
“It was something completely new for them and created some real excitement. It helped to bring the topic of Macbeth to life, but also was an opportunity to learn about careers, science, law and the legal process. 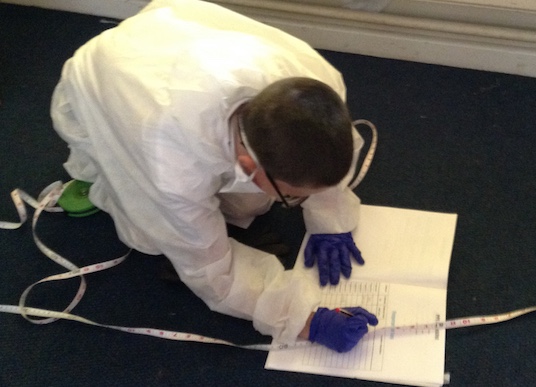 In their PSHE lesson, they have recently learnt about crime and punishment, so it all ties in as they looked at appropriate consequences for the murder they investigated.”