EXCITED pupils were eager to return to school to move into their brand-new classrooms. 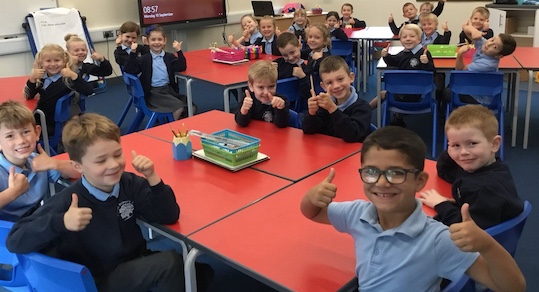 Over the summer break, a team of builders set to work at Roydon Primary Academy, in Roydon, to extend the school building to add two extra classrooms.

Pupils in Year 2 and 3 – who previously were taught in 1980s huts – packed up their books and equipment and moved into the modern facilities.

Headteacher Michael Clark said: “The children are buzzing about their new classrooms. They have had their noses pushed against the windows as they have been so eager to check them out. They are excited to get their work on the walls and to put their stamp on it.

“The huts have been here for years, so it is quite a big thing for everyone.”

The extension, which went from nothing to a water-tight building in 24 hours, features solar panels on the roof which will not only power the new-build, but will help to power the main school. 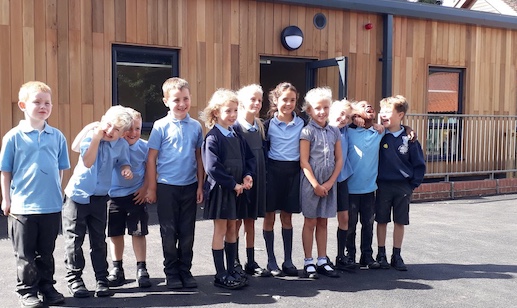 The building work is the latest in a programme of improvements being made to the fabric of the school, following on from the transformation of a once flaky wall into a Gruffalo scene, the restoration of an old pond and allotment and the installation of an adventure trail.

The removal of the temporary classrooms later this year will provide the school with a larger play area.