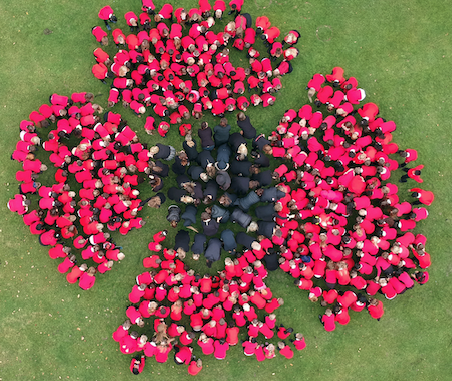 YOUNG people took time out to honour the 100th anniversary of the end of the First World War.

Pupils at Little Parndon Primary Academy, in Harlow, dressed in red to represent the petals of a poppy, while members of staff wore black to become the centre of the symbol.

While a drone flew over head to capture the moment, pupils and staff showed their respect and bowed their heads for a two-minute silence.

Jackie Diggle, co-head of school, said: “Our school council came up with the idea as they wanted to show how we felt as a school community. Parents have also commented on the respect the pupils have shown towards this commemorative occasion.”