Project to turn all schoolchildren into lifesavers

Project to turn all schoolchildren into lifesavers

AN initiative to teach CPR to all Year 10 school pupils in Essex was launched at Anglia Ruskin University (ARU) last night with the support of the family of former footballer Justin Edinburgh.

Mr Edinburgh, a defender who played for Southend United and Tottenham Hotspur and later managed Grays Athletic and Leyton Orient, died in June having suffered a cardiac arrest while in a gym.

His family attended the launch of Heartwize Essex, a partnership between ARU, the Essex Cardiothoracic Centre at Basildon University Hospital, Essex and Herts Air Ambulance Trust, and SADS UK, at ARU’s School of Medicine in Chelmsford.

The initiative has received funding from cardiac charity SADS UK to help ensure all schools in Essex receive training to recognise the signs of a cardiac arrest, and provide lifesaving treatment. Schools are also being surveyed to get an overview of what measures are currently in place.

According to NHS England, the survival rate for people suffering a cardiac arrest in the UK is 8%. Research has found that less than half of bystanders in the UK would intervene when they witnessed someone collapse. This is considerably lower than countries and regions with similar demographics, such as Norway (73%) and the US city of Seattle (66%). In Norway, CPR has been part of the national school curriculum since 1961 and survival rates are around 25%.

Dr Thomas Keeble, Senior Lecturer at ARU’s School of Medicine, and the cardiologist who treated Mr Edinburgh following his cardiac arrest, said: “There are defibrillators in shopping centres, schools, leisure centres and sports grounds across the UK – but how many people know how to use them or would even recognise the signs of a cardiac arrest?

“The aim of Heartwize Essex is to create a generation of lifesavers here in the county. We want to bring survival rates up, and the best way to do that is through CPR and automatic external defibrillator (AED) training and education.”

Anne Jolly MBE, founder of SADS UK, said: “SADS UK works with schools and the ambulance service to put AEDs in schools. Using CPR and the AED is the most powerful combination in saving lives.

“The AED will only administer a therapeutic shock if it’s needed, and the sooner it is applied the better the chance is of the person surviving. Recently a 14-year-old boy was resuscitated by staff at one of our schools in Essex, which shows the importance of having trained staff and a defibrillator on site.”

Mr Edinburgh’s son Charlie, founder of the Justin Edinburgh 3 Foundation, said; “Dad was a professional athlete and an example that this can happen to anybody. The ambulance staff did a great job getting dad to hospital and the care and attention he received from the team at the Essex Cardiothoracic Centre was incredible over a five-day period, but it was too late. 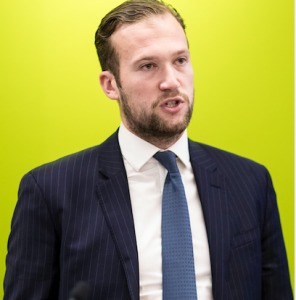 “It comes down to that moment that when someone hits the floor, people have that confidence to carry out CPR and know how to use the defibrillator, We want to make sure that children are equipped to know what to do, should something like this happen.”

First and second year Medicine students attended the launch event, at ARU’s School of Medicine in Chelmsford, together with representatives from Essex schools, dignitaries and cardiac arrest survivors.