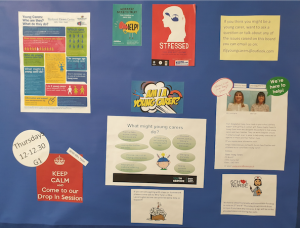 Young carers are receiving the support they need after being identified by their school.

A YOUNG carer is someone under the age of 18 who helps to look after a relative with a disability, illness, mental health condition or drug or alcohol problem, or younger sibling.

Sir Frederick Gibberd College, in Harlow, has been able to identify children who are young carers – whose families may not have previously realised they qualified as such.

Katy Tyler, learning mentor, underwent training to ensure any young person at the school who is acting as a young carer can be given the help and support they need.

She said: “I got very emotional on the course; it completely opened my eyes.

“The average is two or three young carers per class, nationally. But, with a lot of young carers, you would not even know they were carrying out the role. Even someone who is having to translate for their parents who do not speak English is considered a young carer. A lot of these children, you would never know what they are dealing with as it is just their life and they do not know any different.

“During the training, I could think of seven children straight away who actually qualify as young carers as they are dealing with either language or mental health issues at home. We have made referrals for support immediately, which is fantastic.”

As a result of the training, the school has put up a display board outlining what a young carer is and now holds a weekly drop-in session for students to talk about their circumstances at home.

An email address has also been created for those who do not feel they want to discuss their situation face to face and parents have been written to to identify all young carers at the school.

Mrs Tyler said: “Families will be offered counselling and transport to get them there, if they need it. Young carers will be given treats, so they can have some respite from their responsibilities.

The school is working towards a Young Carers in Schools Award.