IN HIS new tour, stand up comic Lee Hurst is travelling throughout  Britain to find out what really winds you up.

Mostly people get on with living their lives, but everyone has at least one thing that pushes their button and sends them over the edge. What’s yours? Come along for a night of laughter and letting off some steam.

Lee is known throughout the comedy business as someone who can pull laughs out thin air with his razor sharp ability to improvise and ad lib comedy on the spot.

Everyone witnessed this when he first hit our TV screens on ‘Have I Got News For You’ and ‘They Think It’s All Over’ he is also a regular guest on Channel 5’s The Wright Stuff.

There’s only one way to prove to yourself how good this guy is and that’s to go and see him perform live. Lee doesn’t just perform a stand up show, it’s an event that changes every night. 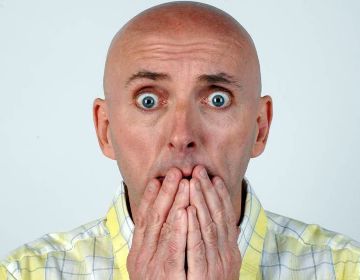