The story follows Carrie and her younger brother who are evacuated to the welsh countryside during the Second World War. Staying with the kind but timid Auntie Lou and her miserly brother, Mr Evans, the children explore their new environment which is very different from anything they’ve known before. They meet lots of new characters including Hepzibah Green, the mysterious housekeeper with her tales of magic and wonder and a terrifying curse…

Directed by Tim Astley, this production is a feast of story-telling and nostalgia fit for the whole family. 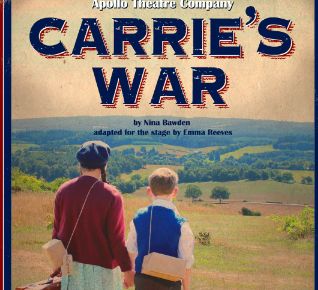