Letter to the Editor: How will the £25 million for town centre be spent?

By Staff Reporter on December 2, 20193 Comments 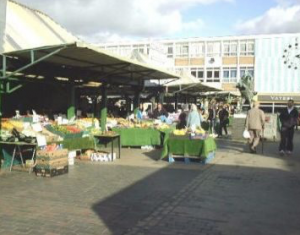 Letter to the Editor

BACK in September it was announced that £25 million had been secured from a government investment fund to revitalise the town and to boost the local economy.

The Facebook site where comments can be made has only about a dozen comments. To date no other effort has been made by anyone to consult with residents in Harlow about how this money should be spent. I have seen little if anything about this investment in the election literature of the three candidates standing for election.

So, as the leader of the Harlow Aliance Party, the only local Party not wedded to Westminster, I would ask the three candidates:

How they think the residents of Harlow should be consulted about this matter?

Give examples of how they think this huge sum of money should be spent?

Give suggestions as to how “success” would be measured in the future?

3 Responses to "Letter to the Editor: How will the £25 million for town centre be spent?"