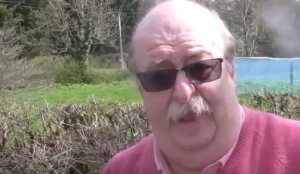 This is not the failed ideology the people of Harlow expect the Labour Party they may have previously supported to promote, or which will deliver what they want – security and progress in jobs, housing, education and health, without crippling debt passed on to future generations.

The Momentum inspired Labour candidate’s mantra “Robert Halfon has done nothing for the town” should be seen clearly as false to anyone who has lived in Harlow and stayed informed of our M.P.’s work.

Mr. Halfon has represented the town tirelessly as our M.P. for 10 years, recognized in the House of Commons as a member who achieves results for his constituency and leads nationally on important issues.

New Hospital -Top of the list for construction
Support for apprenticeships and education – Stansted & Harlow College.
Transport – New M11 interchange
Support for business – bringing in investment & jobs
Public Health England – jobs and related education opportunities
Fuel & beer tax freezes.
Our M.P. Listens, responds and is accessible to constituents.
Harlow voted “Leave” – Robert Halfon will continue to follow the voters’ lead.
Our NHS is as close to Robert’s heart as anyone’s
Labour is being loud, negative and repetitive in their campaign of lies but Harlow can see through it. The residents of Harlow do not like being taken for fools and can foresee the betrayal coming from a candidate who has absorbed an ideology which, in implementation, will result in miring Harlow and the country in generational debt.

To say “Robert Halfon has done nothing” is a huge lie.

The record of Robert’s actions, focus and successes on behalf of Harlow is transparent and long. He has proved he is 100% for Harlow and brought millions of pounds of investment into the town.

When re-elected Robert’s promises will be kept, as always, and we will benefit from his contributions to “his town” as an influential member of the majority party.

These are the things Harlow wants, and Robert Halfon, your Conservative candidate on Thursday, will deliver when re-elected.

A New hospital
Increased funding for the NHS, Schools, Police, infrastructure, housing and services.
A plan to pay by supporting the businesses that drive a thriving local & national economy
promoting the freedom to achieve one’s full potential
Control over our borders and the ability to trade with the world on our terms
Strong support for education – vocational, academic and related job creation
We all know the alternative and that isn’t something any of us want to contemplate.

Conservative councillor for Sumners and Kingsmoor